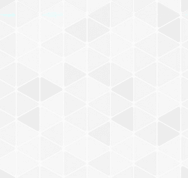 My family and I went into a McDonald’s on our way home from calling hours at a nearby funeral home. While we were ordering our food, my husband and I noticed a young woman holding a baby, screaming a man’s name. Next to her was a young man who was slumped over in the booth with his head on his chest, cutting off his airway. His face was blue. My husband and I ran over to him and laid him down on the floor. I told the cashier to call 911 right away. I called his name to see if he would respond, but he didn’t. I did a quick finger sweep of his mouth, which was full of food. He had a pierced tongue, other facial piercings, and track marks on his arms, so I made sure he had an open airway but did not perform mouth-to-mouth. I asked the young woman if he had taken heroin; she said that he had. When I felt for a pulse and did not get one, I immediately started chest compressions. Within a few minutes, the color was coming back to his face, but he still was unconscious. I continued chest compressions for about 10 minutes until the police arrived and took over for me. They were not carrying Narcan®, so they called an ambulance. When the EMTs got there, they took over chest compressions and ventilations and loaded him into an ambulance bound for the hospital. --Dayna, 57, Wexford, Pa., trained in CPR