In the first, critical moments after an emergency, basic information and education can help save lives — community members stepping in can be the difference between life and death. Hear from those who have acted when others needed it the most. And, share your stories. 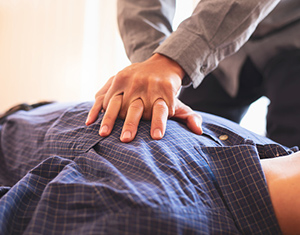 I was leaving the grocery store parking lot in Verona, PA when I saw a woman screaming. I pulled over and noticed her husband slumped over on the ground. When I arrived, the wife was on the phone with EMS. When I first laid the man down, I noticed his lips were blue. Then quickly his whole face became blue. I checked his pulse and knew we started needed to start CPR. His wife had never given rescue breaths before, so I had to coach her through it as I gave compressions. I was amazing that, as distraught as she was, the wife was able to give effective breaths. As soon as we started CPR another bystander came over and took over the EMS call. The wife said that her husband may have overdosed. I sent another on-looker to run to the pharmacy for Narcan® (the brand name for naloxone- a drug that is used to reverse an opioid overdose). We were able to do CPR long enough to get him breathing again and delivered the first dose of Narcan, but he did not respond. I was on the phone with EMS asking if I should give the second dose or not. At this time a police officer came to the scene. The police officer delivered the second dose of Narcan and the man was revived. This was just about the time that EMS arrived. -- Gina Grube, registered nurse at UPMC Children’s Hospital of Pittsburgh 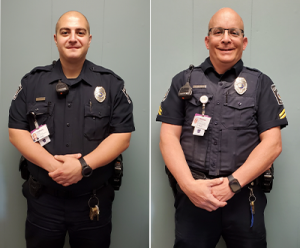 A patient’s support person came into Magee’s main lobby bleeding profusely after a fistula in her arm ruptured. A few bystanders immediately grabbed paper towels and began to apply pressure.

Two UPMC Police officers, Anthony Costa and Matthew Lisovich, also were at the scene. They called for help and quickly noticed that the woman needed more than pressure to stop the bleeding. Officer Costa grabbed the tourniquet attached to his belt and without hesitation he applied it to the woman’s arm, with assistance from Officer Lisovich. The bleeding stopped, her arm was stabilized, and she was taken to the Emergency Department for further care. Without both officers’ help, the outcome may have looked much different for the woman. “The actions of our security team highlight the essential role they play as members of our health care team at UPMC,” said Maribeth McLaughlin, Vice President of Operations, UPMC Magee-Womens Hospital.

“Everyone involved knew how to act quickly when minutes mattered and were able to help save a life,” said Officer Lisovich. “When you have the proper training, the proper equipment, and people ready who are willing and able, you can and will save lives. I’m proud to be part of the UPMC team!”

Our UPMC Police officers are trained on basic bystander intervention so they will know what to do in an emergency. This training includes ‘Stop the Bleed’ and then equips officers with tourniquets on their belts so they can respond quickly during life-threating bleeding emergencies.

Several years ago, not long after I became certified in CPR, I had a few life-saving experiences.

One day, a former colleague started to choke on a piece of fruit that she was eating at her desk. Amid panic in our department, I acted quickly and started performing the Heimlich maneuver on my choking coworker because her face was turning blue. Thankfully I was able to dislodge the piece of fruit. Once help arrived, the paramedics thanked me and said she might not have survived if I hadn’t jumped in to help her. When I got back to my desk, I noticed my hands were shaking, but more importantly I realized I had saved a life that day. Two weeks later, I had to perform the Heimlich maneuver again, except this time on my son, who was eating a hot dog and started to choke.

Minutes most certainly matter in emergency situations like choking. Both my son and former colleague are still alive and doing fine, and I am grateful I was able to save their lives. I strongly recommend everyone to take a CPR/ AED training course because you too can potentially save a life in an emergency situation. -- Lawrence Mialki, Senior Reimbursement Analyst, UPMC

Stopping the Bleed at a High School Graduation

In 2019, I was at my niece and nephew’s high school graduation where I saw an elderly woman fall on the school grounds. She had a really deep cut above her eye and it was bleeding profusely. I immediately went over to her, explaining that I am a health care provider, and asked if I could help her. Other bystanders in the crowd got me paper towels and I applied direct pressure on her wound while waiting for EMS to arrive. I kept the direct pressure on until EMS arrived and applied a pressure dressing, then transported her to a local hospital for further care.

In Stop the Bleed training, we emphasize the importance of keeping direct pressure of the wound until help arrives. Sometimes it is tempting to check if the bleeding has lightened up, but consistently holding pressure on the wound is what ultimately stops the bleed. It’s important that those of us with training, whether it’s a health care professional or someone else who is trained in Stop the Bleed and other life-saving techniques, can respond when minutes do matter. It’s a rewarding feeling to be able to help someone in a time of need. -- Leda Heidenreich, Trauma Nurse Coordinator, UPMC 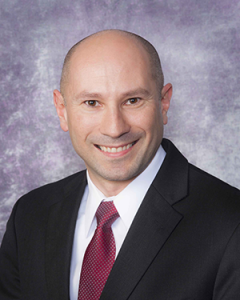 Saving an Unresponsive Man With CPR

I was meeting several friends at a local restaurant to watch a basketball game a few years ago. I had just ordered my roast beef with egg classic sandwich and a gentleman at a table near mine appeared as though he was choking. Another customer and I went over to assist, and the two of us started the Heimlich maneuver. After a few seconds, we determined that the gentleman was unresponsive, and I started CPR with compressions. Between the other good Samaritan and I, we switched on and off with compressions and airway check until local EMS arrived. I continued to provide compressions while EMS placed a catheter to rapidly administer medication. Once the medications were administered, the customer regained a pulse and was transported to a local emergency department. Later that week, I learned that the patient had received a pacemaker and was discharged from the hospital several days after the incident. I will never forget that experience and it brings a smile to my face every time I enter that restaurant. Minutes do matter, and minutes do make positive differences in lives. -- Jeff, Director of Nursing, UPMC 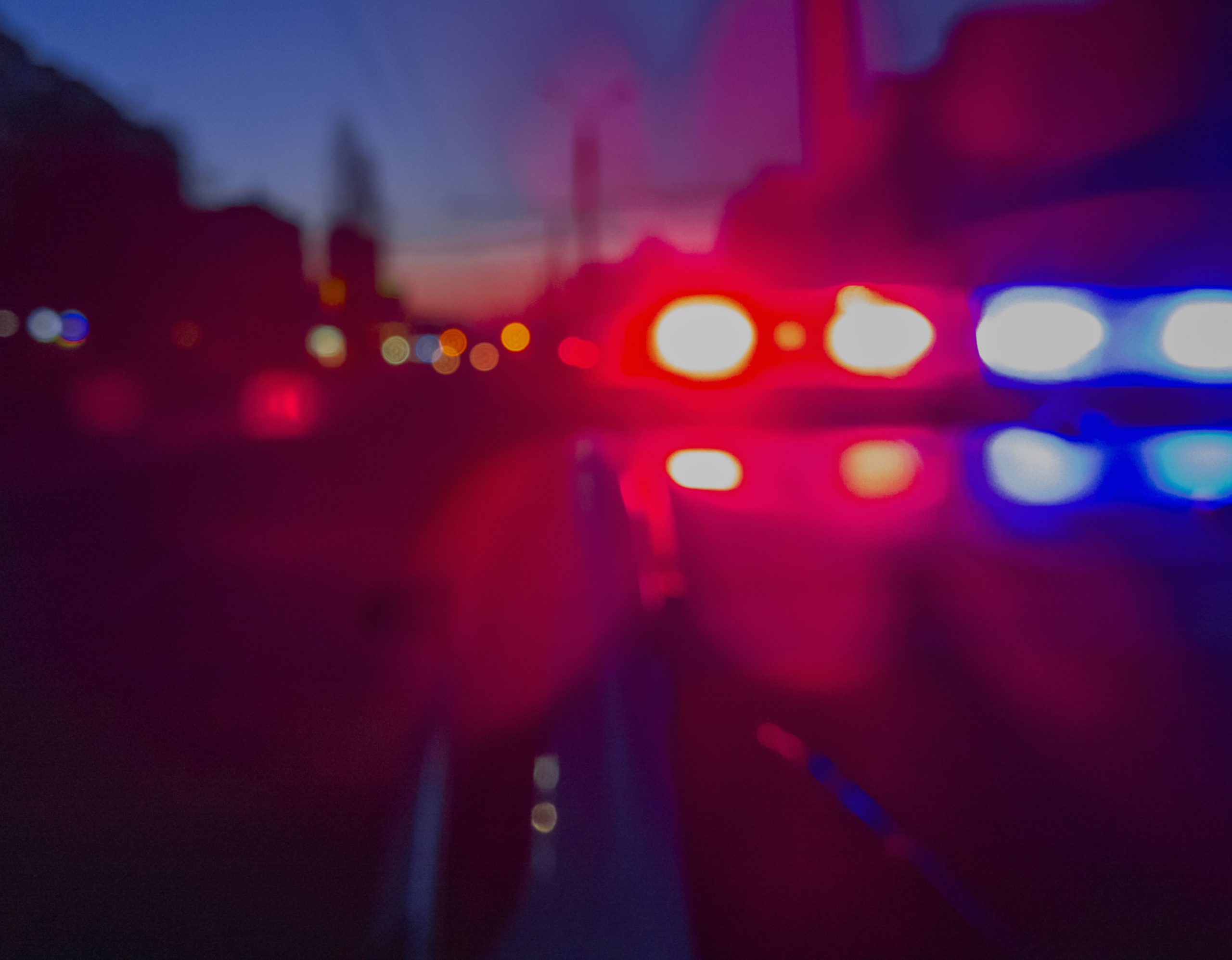 I am trained in basic CPR, and I’m a contracted employee with UPMC. My family and I went into a McDonald’s on our way home from calling hours at a nearby funeral home. While we were ordering our food, my husband and I noticed a young woman holding a baby, screaming a man’s name. Next to her was a young man who was slumped over in the booth with his head on his chest, cutting off his airway. His face was blue. My husband and I ran over to him and laid him down on the floor. I told the cashier to call 911 right away. I called his name to see if he would respond, but he didn’t. I did a quick finger sweep of his mouth, which was full of food. He had a pierced tongue, other facial piercings, and track marks on his arms, so I made sure he had an open airway but did not perform mouth-to-mouth. I asked the young woman if he had taken heroin; she said that he had. When I felt for a pulse and did not get one, I immediately started chest compressions. Within a few minutes, the color was coming back to his face, but he still was unconscious. I continued chest compressions for about 10 minutes until the police arrived and took over for me. They were not carrying Narcan®, so they called an ambulance. When the EMTs got there, they took over chest compressions and ventilations and loaded him into an ambulance bound for the hospital. The first responders thanked me for swiftly stepping in and coming to this man’s aid before they arrived. --Dayna, 57, Wexford, Pa., trained in CPR

Everyday people are making minutes matter by helping others in their community. Have you ever helped someone – or been helped by bystanders – during an emergency? We’d love to hear your story and you can share it with us right here!

Please submit photo only of yourself. Do not submit photos that show another person or the scene.